McQueen takes a lap on the fictional, abandoned Thomasville Speedway - PHOTO BY PIXAR

In the coming movie “Cars 3,” our hero, Lightning McQueen, seeking inspiration from NASCAR’s dirt-track past, visits the abandoned -- and fictional -- Thomasville Speedway. It’s not just a plot tool wherein McQueen must look to racing’s past in order to do well in its future -- the scene is also a tribute to abandoned racetracks around the country.

“Research-wise, we went head-deep into the history of NASCAR,” "Cars 3" director Brian Fee told us during a recent visit we had at Pixar. “The history was great, you know -- that’s where the juice was, that’s where the emotion was, looking at ghost tracks.”

Pixar workers sifted through hundreds of images of old races and old racetracks in the making of "Cars 3." On our Pixar visit, creative director Jay Ward presented a slideshow of old photos tracing stock-car racing in America back to the days of dirt roads and souped-up Fords. When the team was researching "Cars 3," they included on-site visits to abandoned racetracks from NASCAR’s past, including North Wilkesboro and Occoneechee Speedway, both of which were part of the championship when the series started in 1949. Both are located in North Carolina. North Wilkesboro stayed open until 1996, then reopened briefly in 2010 and 2011. Occoneechee closed in 1968. Both hosted NASCAR’s top echelons in their glory days.

McQueen takes a lap on the fictional, abandoned Thomasville Speedway - PHOTO BY PIXAR

The old tracks meant a lot to director Fee, who grew up in NASCAR-happy Kentucky.

“I’m emotionally connected to that, I was interested in that,” Fee told us. “So we wanted to dive into that as much as possible.”

To get to North Wilkesboro, they had to call ahead and make an appointment -- the track is padlocked and not open to the public. A caretaker had to let them in. Fee described stepping out onto the ghost track of North Wilkesboro.

“It’s haunting,” he said. “It’s haunting to walk out onto the track and look at the ‘North Wilkesboro’ signs that still had ‘Winston Cup’ graphics; the paint’s peeling, you hear nothing but the wind blowing through the fence, which is falling down, and the leader-board advertisement, which is just ‘Winston Cup,’ was just turning, ‘Squeak, squeak.’ It reminded me of the Colosseum. You’re looking around and you’re thinking, ‘This is dead right now, but it was once packed to the gills and loud and events happened here. It would give you (goose bumps) on your arms.”

Occoneechee was a similarly haunting experience.

“It looks like a park now,” said producer Kevin Reher. “It’s overgrown. There’s trees growing up on the speedway and the infield’s completely gone.”

“Junior was talking about how he ended up in the river because if you took a turn too fast, you went off and you were in the water,” said Fee.

“The old concrete stands and the announcing booth are still there,” added Reher.

Meeting Johnson was one of the highlights of making the movie, said creative director Jay Ward.

“He’s the real deal,” said Ward. “We met for lunch for an hour and a half. He told us stories about moonshine, dirt tracks, how simple it was in the early days. If you could figure out an innovation, you just put it on your car -- and won.”

They also visited the archives at Daytona Speedway, where they learned about pioneering African-American driver Wendell Scott and female driver Louise Smith, both of whom have roles in the movie. The Pixar crew met the families of those deceased racers.

“That’s when we first started learning about Wendell and what he was up against, how he’d cross the finish line and they wouldn’t wave the checkered flag for him,” said Fee. “They had a separate seating section for African Americans. They had all kinds of stories. It was very rich. On that research trip, we shot it in all its glory. It was those smaller side stories, those little side trips, that really were rich.”

“At Daytona, we went into the archives,” said Reher. “We talked to the archivist and talked about Louise Smith, who won races, and we approached the families of all these people so that we can sort of tell their stories.”

One of the more memorable aspects of the Pixar team’s visit with Johnson was trying out his line of -- fully legit now -- moonshine. It was moonshine and its secret, high-speed delivery that started NASCAR, after all. What did the stuff taste like?

“Depends on the flavor,” said Fee. “The clear stuff doesn’t have much of a taste. It’s clear, it just burns. But they have a cherry flavor that actually tastes like cherries. It’s 100 proof. Our research trip, we were offered moonshine on more than one occasion.”

“The mason jar came out on more than one occasion,” said Fee. “(Another flavor) was peach. It’s pretty sweet. They must put a lot of sugar in it. Or put fruit in it. Let it soak for a long time. It wasn’t bad.”

Cars 3 debuts June 16 in theaters nationwide -- to use a NASCAR reference, we’re lining up now. 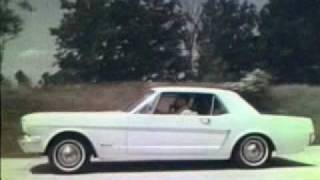 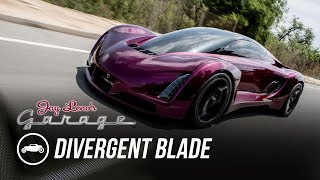